CEO INTERCHEM FOR NEWSWEEK: "R&D IS OUR ADVANTAGE"

InterChem – at the cutting edge of pharma innovation


Ukraine’s recovery from the Covid-19 pandemic received a further boost with the announcement of a $2.7bn funding package from the International Monetary Fund in August 2021. The money is part of a global programme that IMF managing director Kristalina Georgieva has said will build confidence and foster resilience and stability. The money will come to Ukraine unconditionally and free of charge, providing a significant boost at  a crucial  time. The government expects a further $700m from the IMF in September, as part of an ongoing agreement linked to Ukraine’s reform programme.


Restored economic momentum and growing confidence in Ukraine’s stability and long-term outlook are likely to intensify interest in the country’s strong pharmaceutical sector. The industry capitalises on a long history of scientific research and pharmaceutical  manufacturing, access to a range of markets ranging from affluent European countries to fast-growing Asian economies, and the expertise of its labour pool. The sector was growing at more than 10%a year even before the covid crisis, according to official figures.


At the cutting edge of the nexus between scientific innovation and commercial skill is InterChem. Founded in 1992, the year Ukraine regained independence, the company was established by young scientists working in the world-renowned laboratories of the Ukrainian Academy of Sciences, and grew from that institution’s pilot plant.


In less than thirty years, InterChem has produced four new molecules (known in US legislation as new chemical entities), the innovative building-blocks of new medicines and the gold standard of pharmaceutical innovation. The fifth, which is in development now and has been patented globally, is to be used as a painkiller. “Clinical trials have started already in Ukraine and the first phase finished successfully in July 2021”, says Dr. Anatoliy Reder, InterChem’s CEO. “We are also working with a laboratory in Cambridge [UK] and expect that process to conclude early in 2022, after which we should move into the next development phase in Europe and USA”.


InterChem focuses on a few areas, such as drugs for the central nervous system and antiviral medicines, and around 70% of its sales are of original, rather than generic, products. The company leverages the strengths of its team, with more than 40 PhDs among the staff. The company was founded by scientists, rather than managers  or businesspeople, and continues to put science and innovation  first and foremost - and business success has been the result.


Reder sees the new molecule as epitomising InterChem’s approach: seeking out under-explored areas of innovation, and committing strongly. “We take a blue ocean strategy - where we see no-one around, we dive”, he says. “Original molecules take a lot of investment: money, time, and people. It takes hundreds of millions of dollars and ten to fifteen years to bring them to market. But R&D is important to us, and it gives us an advantage”.


That advantage is apparent from the company’s results. It achieved a remarkable revenue growth of 20-26% annually over the past three years targeting above $50m in revenue this year and an exceptional EBITDA margin.


InterChem’s strengths have made it a partner of choice for pharmaceutical players internationally. The management is now considering further partnerships, including for the second phase of the development of the company’s new molecule - and potentially a long-term strategic partner for the company. “It would be good to have a partner for the second/third phase, and we are sure that the coming years will see further growth,” Reder says. “My business partners and I would be happy to see a strategic partner as interested in what we are doing as we are. We love what we do – it’s not just about finance, but also support and a similar philosophy”.


Any potential partner would be entering a flourishing, modern industry. Reder estimates that 90% of pharmaceutical production in Ukraine meets European Union good manufacturing practice regulations, giving manufacturers access to the world’s largest market. “We are one of the few countries which offers very high-quality production at moderate costs,” he says. “Risks are low - in some cases lower than in Western Europe, is a highly-skilled labour pool. And businesses enjoy margin higher than almost anywhere else.” 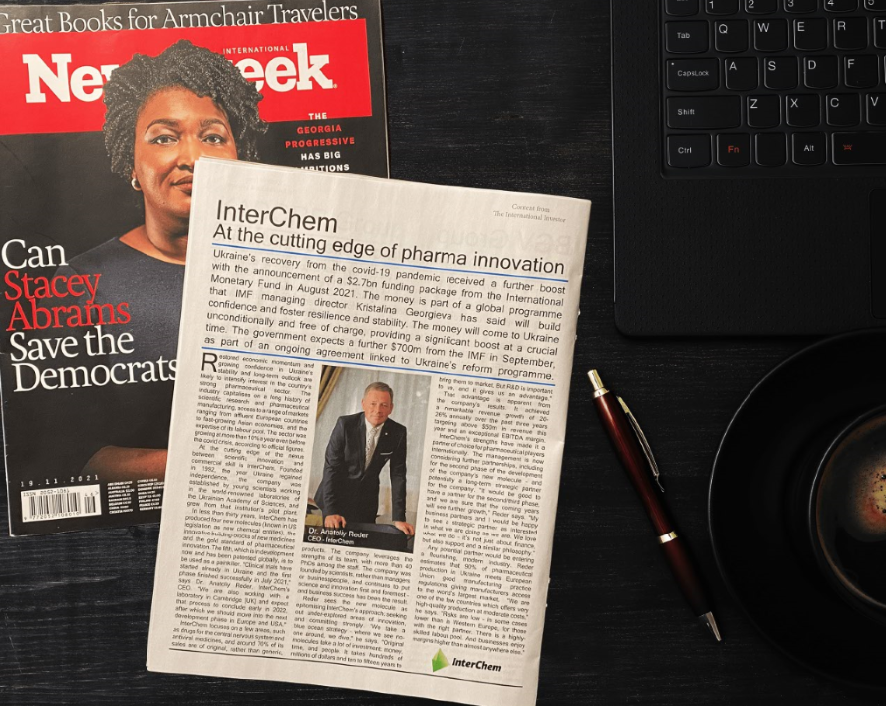